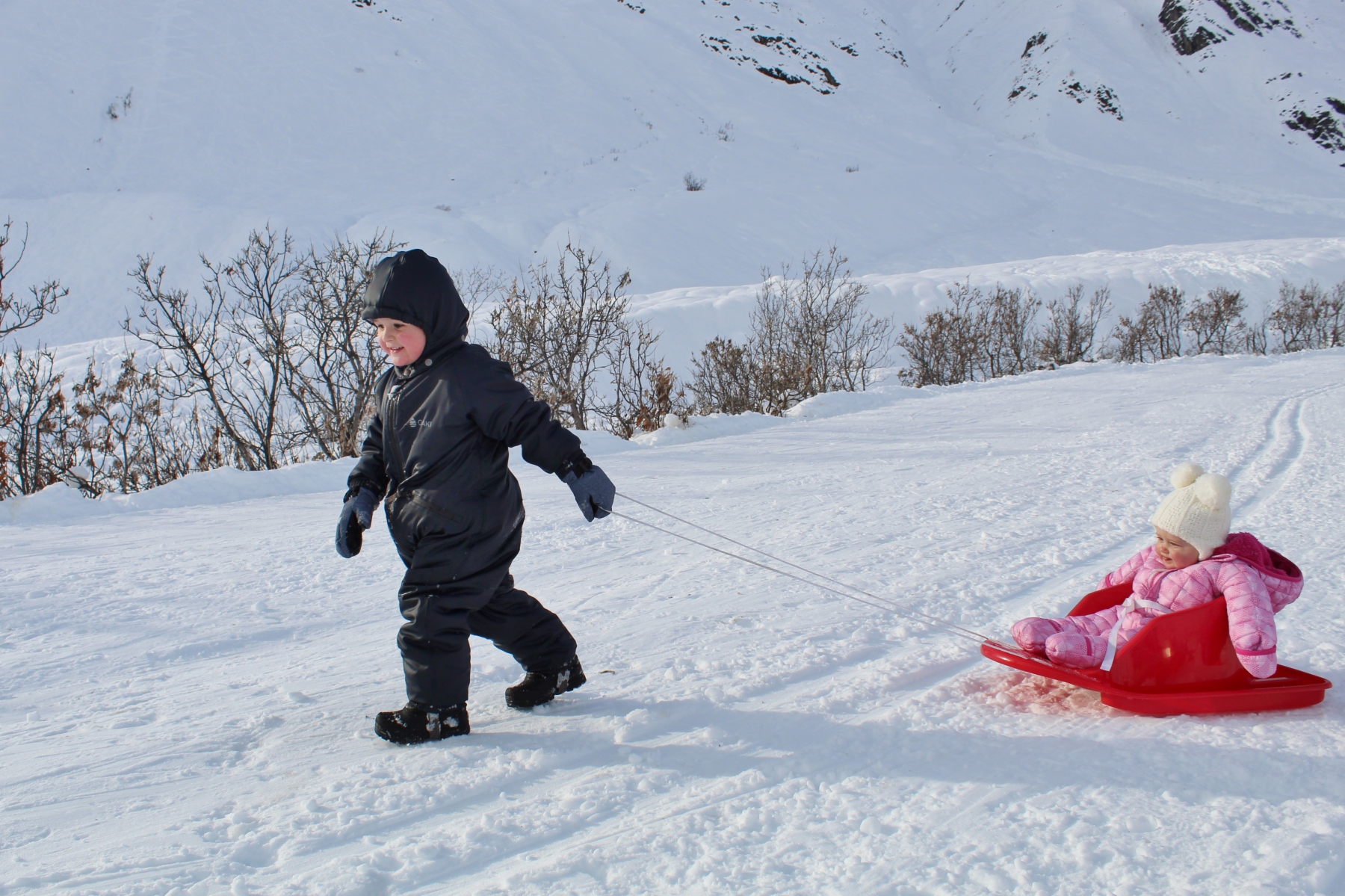 We have been using Oaki rain suits for a few years now. They are pretty much the unofficial uniform for small children in Alaska during the spring, summer and fall. However, much of the year Alaska is covered in a good deal of snow. So when I heard that Oaki had begun offering snowsuits in addition to their rain suits I was excited to have Jasper try one out!

We have only had a little dusting of snow at our house. So we gathered some friends and headed up to Independence Mine in Hatcher Pass for an afternoon of sledding! Jasper face-planted, rolled, went speeding down hills, threw snowballs, and snacked on a good amount of snow. However, never once did he complain of being cold in his new Oaki snowsuit! 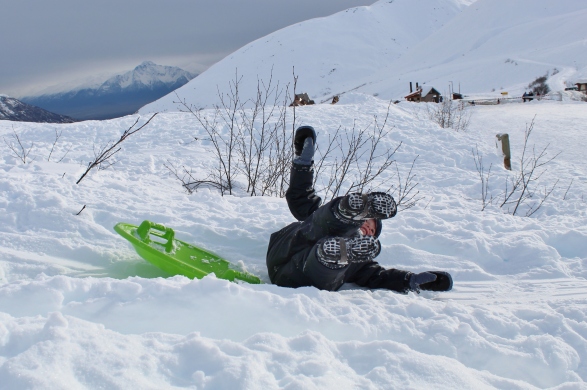 My initial impression of the Oaki snowsuit was that it looked a bit bulky, somewhat akin to the little brother in The Christmas Story. However, Jasper had no trouble getting the suit on. I was a bit disappointed that, unlike their rain suits, the snowsuit didn’t have the option to tighten the suit around Jasper’s waist. The option to have the suit tighten around his waist would have greatly improved the bulky impression the suit gives. However, once we were out in the snow Jasper seemed to have no limitation of movement that his normal snow pants and jacket would have caused.

In addition, the snowsuit seems to have a large “pouch” in the front where the pockets are located. This makes the snowsuit somewhat unattractive in my opinion. It definitely isn’t a streamline design.

The fabric of the snowsuit was unlike anything I had seen before, regarding children’s outdoor clothing. The Oaki website lists the fabric as OAKI polyurethane soft shell. It has a 29,000 mm+ waterproof rating. This is great for us, because Alaska’s snow can often be quite slushy, accompanied by many half-frozen puddles. I have heard that other parents often cover their children’s snowsuits with Oaki rain suits to try to keep the absorbent snow pants and jackets dry during our in-between seasons. Most snow gear will soak that wetness right up, and it’s great that Oaki is offering an option that will solve this problem!

Overall, I am relatively happy with the Oaki snowsuit. I love that it is waterproof and it is great that it doesn’t seem to impede Jasper’s range of movement. I think we will get a lot of use out of this snowsuit in the coming months, though I think the shape of the suit could use some improving. 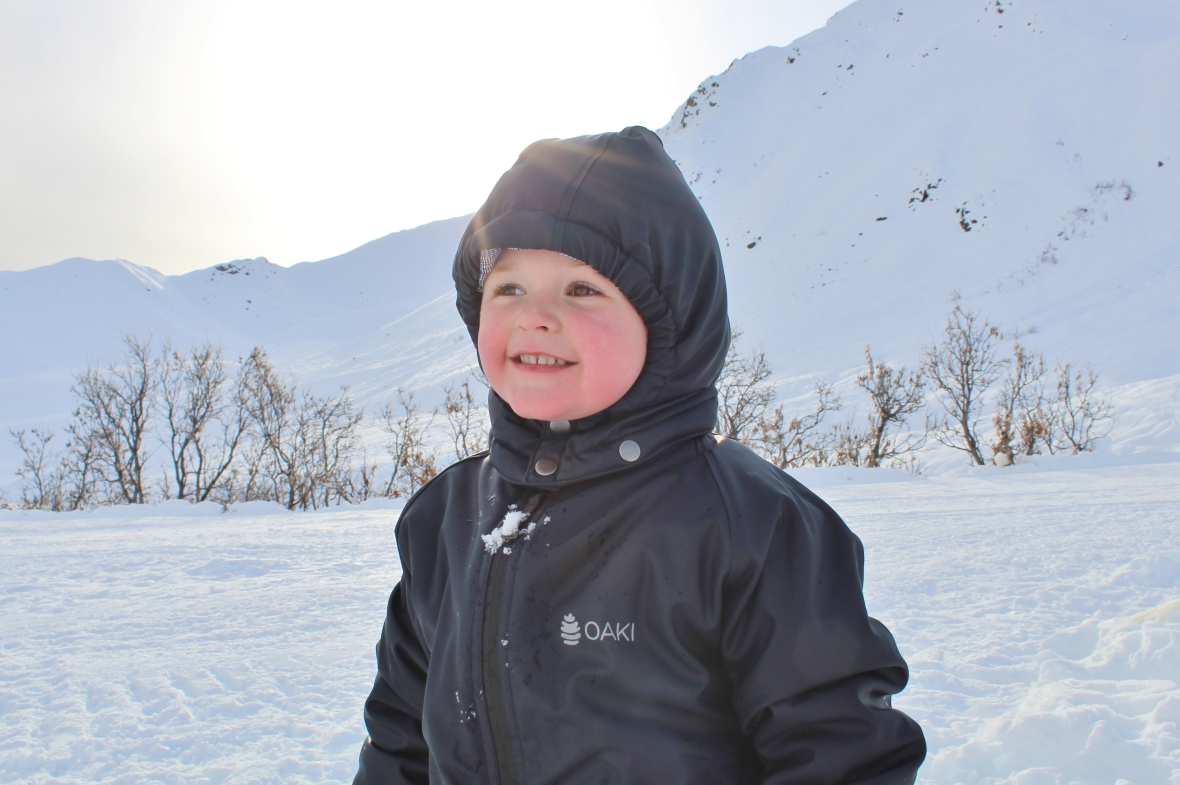